Feel braver in the bedroom! 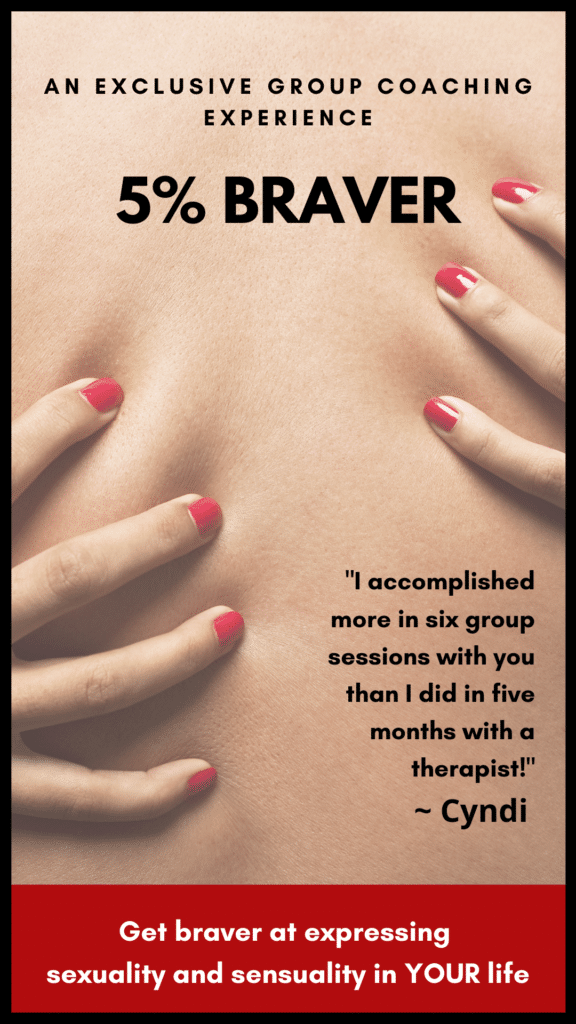 When I began my sexual journey, I wanted to jump in with both feet and try EVERYTHING, all at once. But as enthusiastic as I was, I immediately encountered a major obstacle : fear.

And not the kind where you can “feel the fear and do it anyway.” It was pure terror. I was paralyzed.  I felt trapped inside a soul that wanted to fly but was afraid of heights.

I said to a wise friend, “I want to do and try everything! I want to be BRAVE!” And she asked,

“Rather than trying to do it all at once, what would it look like to be just 5% braver?”

That permission – to take small (even teeny-tiny) steps – was the key to knocking down the fear and putting me into action.

Week by week, I kept expressing 5% more of my curiosity. Eventually taking small risks became easier and my tolerance for taking bigger risks grew. I discovered a kind of freedom I had never felt before – not only with sexuality, but in every part of my life.

Introducing a group coaching program to help you get 5% BRAVER

This group is designed to help you be 5% BRAVER at expressing sexuality and sensuality in your life.

And that will look different for everyone…

…if you want to get comfortable experiencing your sensuality but aren’t sure you’re “allowed”, we’ll help you get there 5% at a time.

…if you’re in a long-term relationship with acceptable sex, but you’re yearning for something new and don’t know how to ask, we’ll help you find your way 5% at a time.

…if you haven’t had sex in years and aren’t sure how to broach the topic of condoms or STIs with a potential lover, there’s a 5% journey for you too.

No matter your situation and your story, if you want to be even 5% BRAVER in your sex life and expressing your sensuality, there is a space for you in this group.

The group is limited to six women so there’s plenty of space for everyone to get focused attention on every call. You’ll have the benefit of my coaching, as well as building a community of women to support you in your continued journey of brave ass-ery.

This is an LGBTQ+ friendly space

The personalized feedback and guidance were so valuable, as well as hearing others stories and garnering their support through the process. I accomplished more in six sessions with you than I did in five months with a therapist!

Sex was an incredibly difficult subject for me most of my life.

I craved great sex, but hated sex when I was having it – it was often painful and always boring.

But I was so sure that I was the only one, so I didn’t talk  with my friends. I didn’t want to see their looks of horror or pity.

At age 42, I had a profound sexual awakening (you can read that story here) and discovered that MOST OF US think we’re the only one with questions / fears / fantasies about sex.

That’s why I’ve focused my coaching work on female sexuality – so you have a place to ask questions and get support from someone who has been there and can walk beside you as you explore your inherent, authentic sexuality.

I’d love to help you work on these things! Scroll down to register for group coaching. 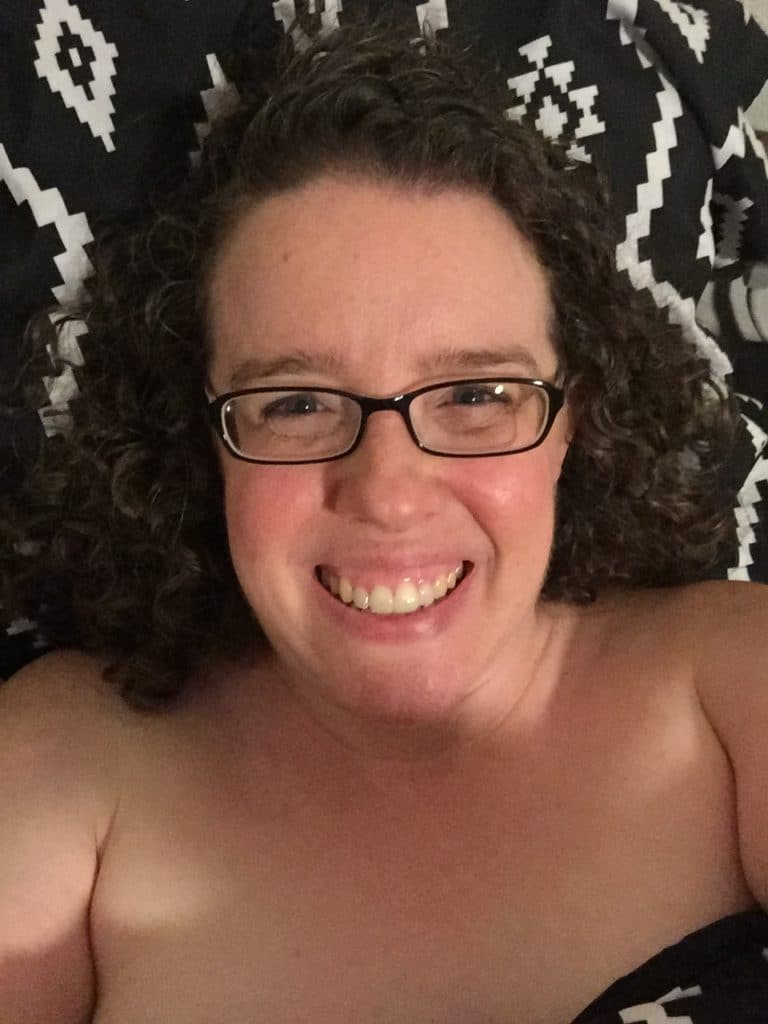 SMALL GROUP COACHING IS FOR YOU IF:

SMALL GROUP COACHING IS NOT FOR YOU IF:

This group coaching experience is NOT sex therapy. I will NOT provide instruction in particular sexual activities.  Instead, I will give you tools so you can do your own explorations to discover what works best for you.

All group members and the facilitator will remain clothed during the group calls.

I am creating a community of sexually confident women, and you can be part of it!

You met me exactly where I was each week, changing direction with whatever was newly important. It was great to talk with a group of women and a coach about sex in such a supportive, educational, and personally-geared setting.

Leah is a phenomenal moderator. There was no judgment and everyone, while dealing with different challenges, came together with their whole hearts to find our personal strengths. It taught me much about myself and my connection with other women.

The cost for the five-week coaching circle is $400.

Your 5% BRAVER registration comes with a 7-day money back guarantee from the time of purchase, minus a $15 administrative fee.  No refunds are available for registrations made within 7 days of the program beginning. After seven days, your registration is transferable to another qualified person until the day of the first call for your cohort (the application for the transferee must be approved by Leah in advance of the first call.)  Once transferred, there are no refunds because I cannot refund money to someone who did not make the original purchase.

Due to the limited number of seats and the highly-personal nature of this program, there is no money back after the program begins.  HOWEVER, I believe in this program SO MUCH that I’ll make you a deal – if you attend and participate fully in all six video calls and, at the end of the program, you feel that you have gained absolutely nothing of value and I’ve completely wasted your time, let me know.  I’ll refund your registration price IN FULL.

I really loved all the personalized homework assignments. I didn’t even realize I wasn’t tuning into that inner voice when it came to sex!

Registrations are currently closed. To be notified when registrations re-open, enter your email and I’ll make sure you’re the first to know!

You have to do this program! It’s so liberating to open up about sex and get help and advice knowing you will not be shamed. I feel like I have much more control over my relationships because I have tools to get my needs addressed. I feel like my sexuality is an important part of self care now.