While we often acknowledge the people who are actively offering their time and energy in service to their community in this column, there are a million little ways that every person in our community makes a difference to someone else. Many times, we don’t even recognize that these things are happening.

In honor of Mother’s Day, we have this story of how one mother made a difference in one child’s life. It’s not an uncommon story, but this mother handled herself with uncommon grace in a difficult situation.

She had married a man who wasn’t easy – beloved by many in the community, at home he drank and turned abusive. Despite that, one good thing came of the relationship: their daughter.

A precocious little girl with long hair and freckles across her nose, she was the reason the mother got up each morning.

After her daughter’s birth, the thought of leaving the marriage crossed the mother’s mind. But her husband threatened that if she ever left, he would take the little girl and she would never be allowed to see her again. Weighing the options – leaving her daughter alone with an abusive man vs. staying with that abusive man in order to provide a buffer for her daughter – she chose the ultimate sacrifice: to offer up her own emotional health and safety in exchange for the emotional health and safety of her child. 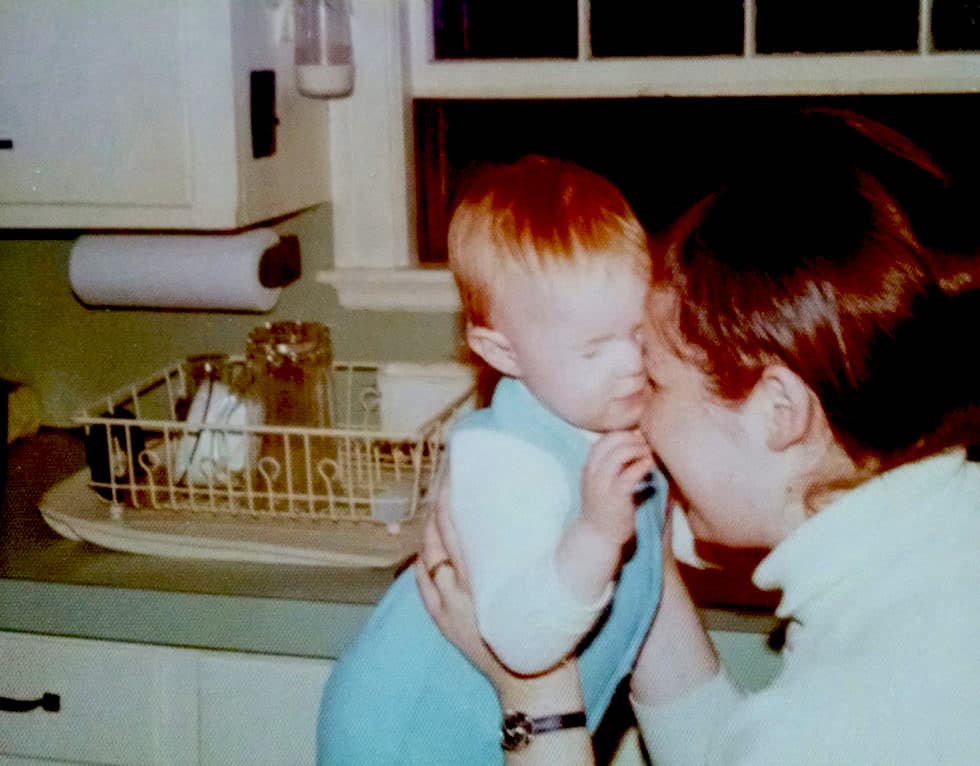 The child, though, knew nothing of that choice. All she knew was that her father was volatile and scary.

Despite the moody adolescent’s attacks, the mother never attacked back. The mother was hurt over and over again by her daughter. But she knew her daughter needed someone safe to be angry at, and she was willing to take the brunt.

By the time the daughter was 13, it became clear that it was no longer safe for her to live in the same house with her father. So the mother made a heart-rending decision: she would send her daughter to boarding school.

In 1988, she sent her daughter to St. Johnsbury Academy to study. Not only did the girl get a world-class education, she was surrounded by teachers and role models who helped her see herself as more than just the daughter of an abusive father.

And, to keep a measure of peace in the home, the woman somehow made her husband believe that it was his idea to send the girl to boarding school.

With their daughter no longer in the house to keep them together, the couple eventually split up.

For the first time in decades, the woman was finally able to pursue her own emotional health. She took classes, volunteered at workshops, and learned everything she could to become a healthier version of herself.

By now you may have guessed: this is a story about my mother and me. My mother, Sybil Carey, was my best friend, my closest confidante, and my very first (and best) editor. She passed away in December after a two-year journey through cancer.

As journalists, we’re not meant to be a part of the stories we tell. But in writing this Making A Difference column over the past eight months, I could no longer ignore the person who saved my life by giving so much of her own. And she never let me know that’s what she was doing. She allowed me to be angry at her for years, lest I be hurt further to learn how my father had treated her.

Mom and I worked hard to have a healthy adult relationship over the last 20 years. But it was only about five years ago that I finally put all the puzzle pieces together.

We cried together on the phone for a long time – a lifetime of guilt and anger lifted from both our shoulders that night.

Some of the most profound differences that are made in our lives are happening behind curtains, unknown and invisible to us.

My mom made a difference in my life not just by virtue of being my mother, but by the decisions she made to keep me safe even in the midst of her own personal hurricane.

There is nothing more I possibly could have asked.

Thank you, Mom. I miss you more than words can say.

Beginning next week, in honor of my mother, the Record will begin a year-long series on how we – as communities and as individuals – support our loved ones through the process of dying. The question is this: What happens in the heads, hearts, and homes of those who are nearing the end of their life? The inspiration for this series is my personal experience over the last two years, but it will feature voices from a wide variety of places and view points. If you have a story you’d like to share about the death of a loved one, please email me at CareyL@caledonian-record.com. I’ll see you next week in this space (and every other week after that) for our new series, Living With Dying.